What is Invoice Reference Number (IRN)?

The Invoice Reference Number (IRN) is a unique number (also known as hash) generated by the e-invoice system using a hash generation algorithm. For every document such as an invoice or debit or credit note to be submitted on the e-invoice system, a unique 64 characters Invoice Reference Number (IRN) shall be generated which is based on the computation of hash of GSTIN of supplier of the document (invoice or credit note, etc.), Year, Document type and Document number (like the invoice number). This shall be unique to each invoice and hence be the unique identifier for each invoice for the entire financial year in the entire GST System for a taxpayer.

What is a Signed Invoice?

What is a Signed QR Code?

What will be there in Signed QR Code?

The QR code will consist of the following e-invoice parameters:

What is the purpose of the Signed QR Code?

The signed QR code contains the unique IRN (hash) along with some important parameters of the invoice and digital signature so that it can be verified by an offline app. This will be helpful for tax officers checking the invoice on the roadside where the internet may not be available all the time.

When would the Signed QR code be available?

ClearTax will get the 'Signed QR Code' from IRP and provide it as part of the response to the request made by the taxpayer for the IRN generation.

How can I use the Signed QR Code?

Should I print the QR Code on the Invoice?

Yes, the seller must place the QR Code on the top right corner of the invoice. This will enable the recipient to validate it.

The QR code sent by the IRP will not be an image but rather a JWT (JSON Web Token) string, which the accounting/billing software or the ERP will read and convert into a QR Code image.

What shall be the size of the Signed QR code on the invoice?

The size of the printed signed QR code can be 2 X 2 inches. However, it depends on the size of the space available on the invoice and the print resolution. Anyway, it should be printed in a way that is readable by the QR code scanners.

How does the Signed QR code look on the invoice?

When it is printed it will look like as follows:

Why does the QR Code scan result look encoded?

The signed QR Code is in the form of JWT. It has three parts – signature parameters, data and signature. These parts are separated by a DOT in between as shown below.

On decoding the above "Signed QR Code", it looks like as shown below:

One can verify the above signature with this data by using the related Digital Signature Certificate from the government portal. The above "Signed QR Code" can be verified using the Public Key as given below.

The government may update or issue new public keys.

Should the Signed QR Code be decoded before printing?

No, in addition to the important information of the invoice, the JWT also includes the digital signature by the IRP. That is, the government is authenticating the genuineness of the invoice, by signing it so that it can be verified offline by anyone using offline tools or on the central portal. This will be helpful for tax officers checking the invoice on the roadside where the internet may not be available all the time. If the QR Code is decoded, the signature will be lost thereby making it unverifiable and defeating the purpose. Therefore the QR Code must be printed with the JWT in the payload without any decoding. 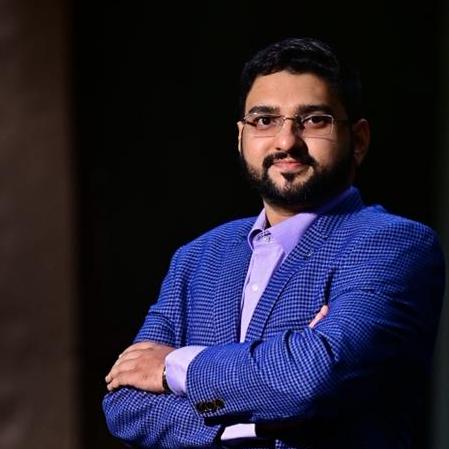